Following the war, the United States began the task of returning its war dead from all the theaters of the war. In March 1946, a detachment from the 604th Quartermaster Graves Registration Company began recovery operations that lasted until late May that year. Those remains found were moved to a central Division cemetery; Sgt. Hubert was not among those found. For those who were known killed and buried, but not found, a memorial grave and cross were built and photographed. The photos were sent home to the families back home.

By 1949, all ‘known’ remains were exhumed from Betio Island. Those remains were either returned to families of the deceased, or re-interred in the National Memorial Cemetery of the Pacific (aka The Punchbowl) in Honolulu, Hawaii. In February of that year, a Board of Review determined that Sgt. James Joseph Hubert was KIA at Tarawa and, although reported as buried in the Division Cemetery, his remains were not found. The Board of Review therefore “resolved that subject decedent be declared to be Non-Recoverable.” Sgt Hubert’s name is etched on one of the many walls in the Punchbowl, dedicated to those lost in the Pacific battles, who are still missing.

Next Page:  FINDING OUR FALLEN 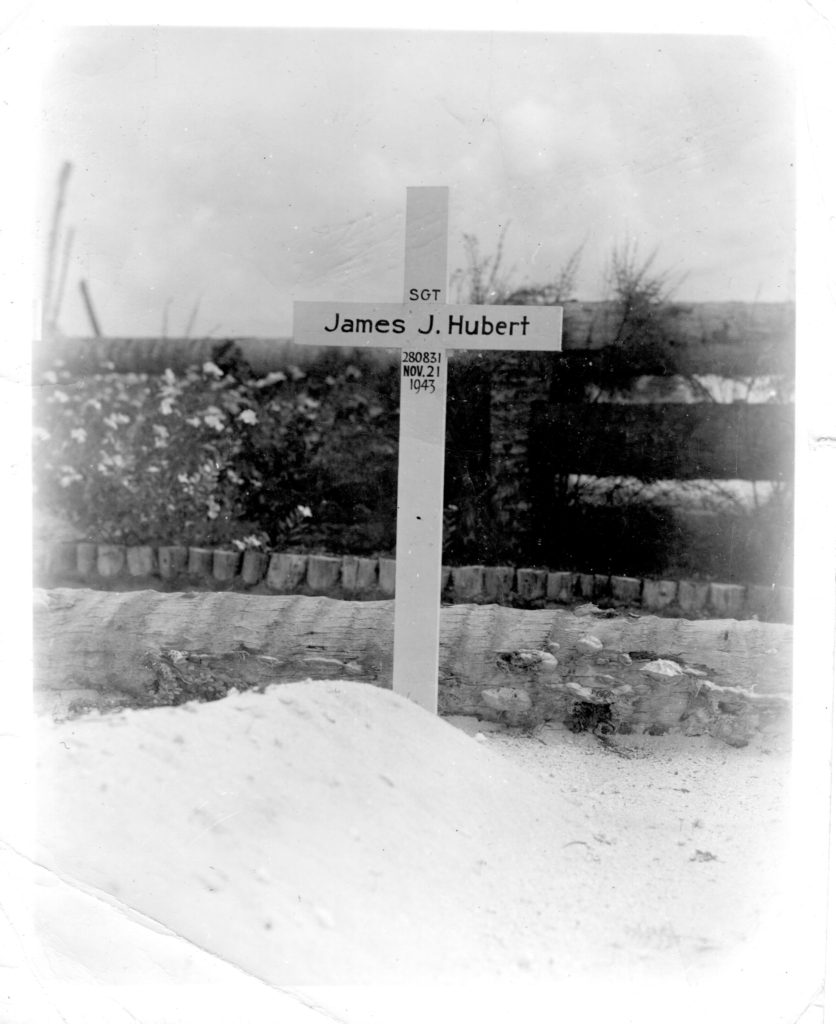