Back in Minnesota, while Operation GALVANIC was getting underway, Sgt. Hubert’s family members in Duluth were likely making preparations for Thanksgiving. They were likely unaware that their Marine son was in harm’s way.  For several days, The Associated Press, United Press and other news services had been feeding information to radio stations and newspapers across the country, including those in Minnesota, about massive U.S. air strikes in the Pacific.

Although there was no news yet of any invasion at Tarawa, the November 19th newspapers headlined a story with “Liberators hit Jap bases in Gilbert and Marshall Islands” and reported on the low-altitude bombing and strafing attack at Tarawa, where there was “no enemy interception” and “weak anti-aircraft fire from adjacent Betio Island.”

The Hubert Family had no way of knowing exactly where in the Pacific theater their son was serving. Nor could they have known that those air strikes on Tarawa were a prelude for their son and two full divisions of U.S. Marines to become engaged in one of the fiercest battles of the War in the Pacific.

Perhaps the most difficult part of losing a child, a son, a family member in a conflict like WWII, is ‘not knowing’ what happened. The letters from the Commandant of the U.S. Marine Corps (and other officials) to the parents of James Joseph Hubert are filled with regrets for the family’s loss and replete with compliments about the supreme sacrifice made by the Marine who was killed.

Later, repeated correspondences express concern, but no one was able to explain exactly what happened, nor where the remains of their son might be found. The parents of James Joseph Hubert went to their graves with that deep and unresolved sense of loss that his status brought: Missing In Action (MIA), Presumed Dead.
Volumes were written following WWII of the impact that the loss of loved one had upon surviving parents. Some never smiled or laughed again, others had hair turn white practically overnight. Still others wept until their own deaths, unable to deal with the trauma of ‘not knowing’.

Next Page:  THE LOST GRAVES OF TARAWA 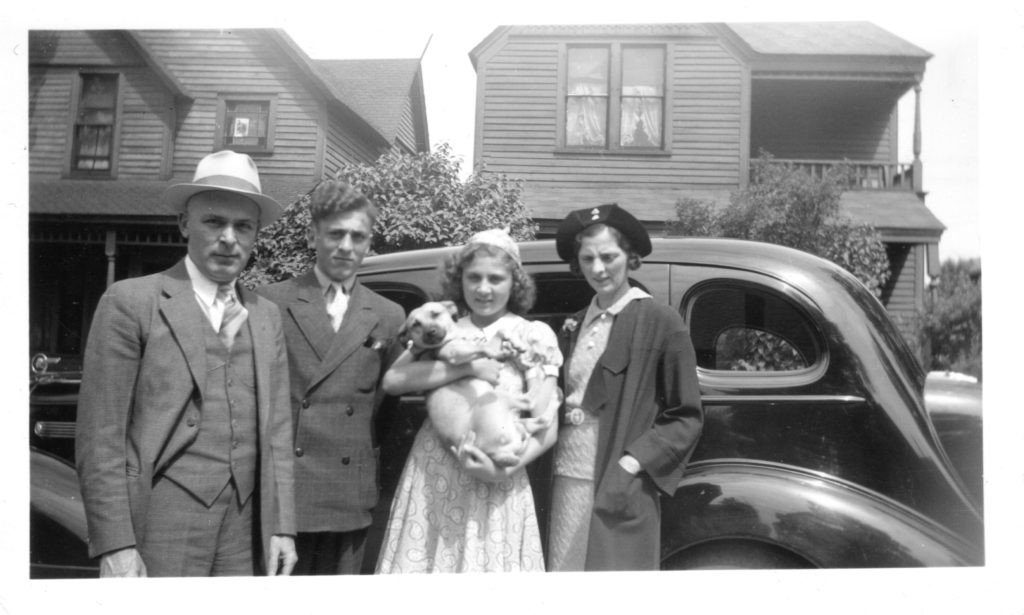